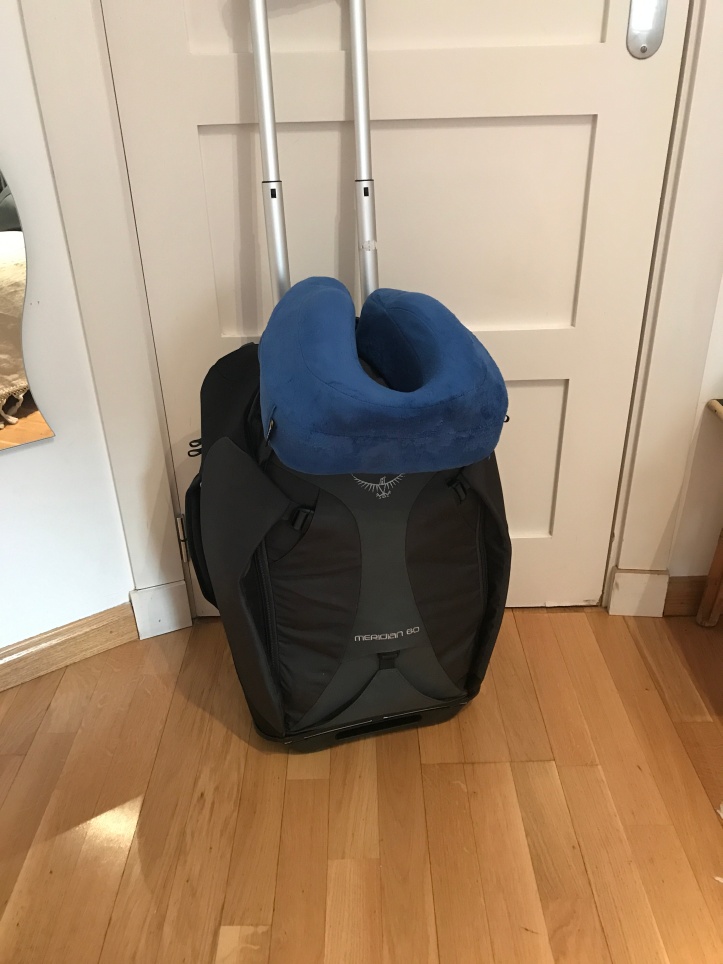 A few months ago, I left the workforce (the “pack,” if you will) after 25 years.  I’m not old enough, or financially well-off enough to retire just yet.  But I needed a break, a big change.  So, I enrolled at the University of Pennsylvania for a Masters’ Degree in Organizational Dynamics.  After one semester on a part time basis, I decided to jump in with both feet, and spend some time as a full time student.  I wanted to complete as many classes as I can, in order to graduate by May 2019.   I need to begin my job search later this Summer, after the semester ends.  But as Summer break approached, and I enrolled in a two courses abroad, I realized I had a unique and special opportunity – to spend several weeks in Europe.  Two and a half of those weeks will be attending classes, in Paris and Rotterdam.  The rest, though – a chance to travel, to eat, to meet people, and to explore.  I’d be crazy not to do it, right?

Maybe it’s a little crazy to do it, maybe a little irresponsible – but – here I am.  I started in Spain.  After Spain, the itinerary looks like this: Portugal > Germany > Belgium > The Netherlands > France > then maybe Ireland, maybe Scotland?  I fly back from London June 13.  Between now and then – who knows?   I’m two days in, and haven’t booked beyond day eight, other than what’s already covered for my classes.  It’s exciting, fun, and scary.

My only tiny regret is deciding not to bring my bike.  Some of my best trips have been with my bike.

But, I decided I wanted to move around a lot on this trip, and only bring a small carry on bag.   So, moving a large bike in a travel bag, and all the clothing and gear that goes along with that, added a layer of complexity that would not work for this trip.  So, as a small homage to my bike, I have titled this blog “breakaway” –  It seems fitting, on many levels.

I thought I’d blog about my trip, mostly to have a journal to look back on.  And also, to try to put to use some of this Ivy League education I am getting 😉  I’ve had a social media class, and a class focused on using stories, so this is a chance to test my new skills.  I figured I would share here rather than clog up my friends’ Facebook and Instagram feeds – so if you choose to read any – or all – of my tales from my little adventure – I hope you enjoy, and maybe even get the urge to visit some of these places yourself.